Seed sharing in the Eastern Cape, starting with Pearl Millet

Seed sharing in the Eastern Cape, starting with Pearl Millet

The seed sharing from Enaleni farm is showing good results in the Eastern Cape. Pearl millet was amongst the seeds shared by Richard to Ilizwi la mafama on 24 November 2016 and farmers were expected to multiply the seed and save it for the seasons to come. Each farmer involved received about a teaspoon full of seeds. The Peter family, from the Mqayise village Matole basin, planted the seeds in a tray in the first week of December 2016. We did this as we wanted to see what the seedlings looked like as we had not seen it before. The pearl millet seeds grew into seedlings and were transplanted to a small piece of land in the garden. The aim was to multiply it so that the family will in future have enough millet  for our breakfasts and use it as an additional feed for our free-range chickens complimenting maize, grass, other greens and insects with the intent to sell the surplus. The plants are doing so well and with the help from the Imvotho bubomi learning network with tips to prevent birds eating it, the crop is promising a good yield even though the advice has not been practiced yet as we are waiting for cross-pollination to occur. 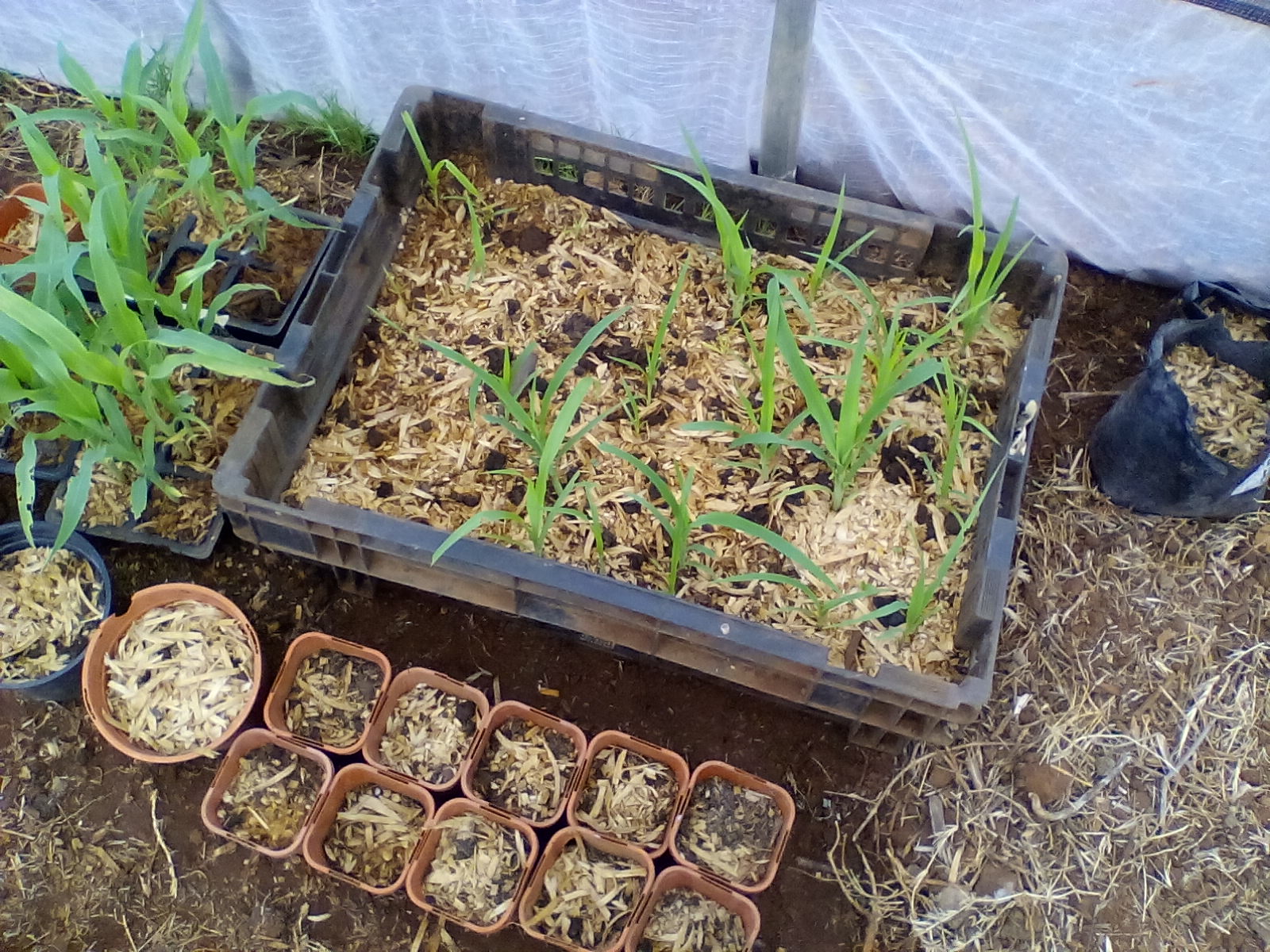 On 30 March 2017 members of Imvotho bubomi learning network visited the site to see how the Pearl Millet was doing. The team included the Rhodes University team, University Of Fort Hare representative, Fort Cox College Of Agriculture team, DRDAR  Middledrift extension, young farmers from Lenye and Mqayise village, Zingisa representative, Ilizwi la mafama farmers, and representative of Raymond Mhlaba Municipality Development Agency. The institutions in the network will also be given seed to share so they will also be involved in the seed sharing and multiplying it. We plan to share more seeds in our learning network.